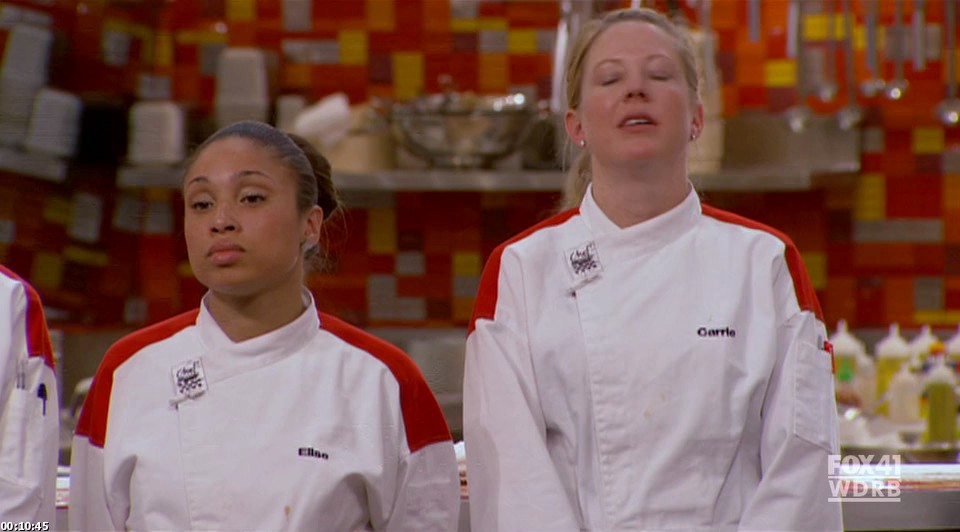 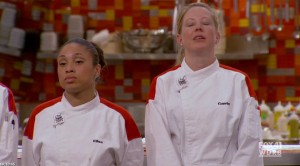 I am two weeks behind on Hell’s Kitchen so tonight over Old El Paso Taco’s (Chef Ramsey would be horrified with my Monday night dinner choice) I got caught up…and in the process lost the first of my two choices for winners! Dam Natalie! I can’t say I didn’t see this coming, she has been sliding over these past few weeks but given the choice between a liar with no spine and a young chef with a lot of potential, I would take the latter. I guess Chef Ramsey or the producers just didn’t see it that way.

Elise is the most irritating contestant I have ever seen on Hell’s Kitchen. I understand the fight for ratings but I like to watch the show not only for the entertainment value but the great young talent. None of which comes from that calculating, conniving, little bitch. She opens her mouth and I just want to throw things at the TV. Every week I’m screaming – SHUT UP, GO HOME! Ohhh she just erks me. Okay, maybe I do watch more for the entertainment.

Now on to the other dumb dumb, Tommy, Tommy, Tommy, where is your head. Oh firmly planted up your ass. I love the body art and the creative spirit but get a grip buddy. It’s like he opens his eyes every morning and has a nice wake-n-bake. It’s actually funny to watch such a goofy guy walking around completely clueless. Although I think his days are coming to an end.

Up to this episode I haven’t’ been over the moon with this season as all the people drive me crazy, but with the exit of Kerry, Monterray, Chino and Jonathan, things have improved. I’m looking forward to the two episodes that aired tonight which I will watch tomorrow and be all caught up for the season finale in a few weeks. Elise better go home next week, I really can’t stand another week with her! SHUT UP and GO HOME! Just GET OUT!

This site uses Akismet to reduce spam. Learn how your comment data is processed.