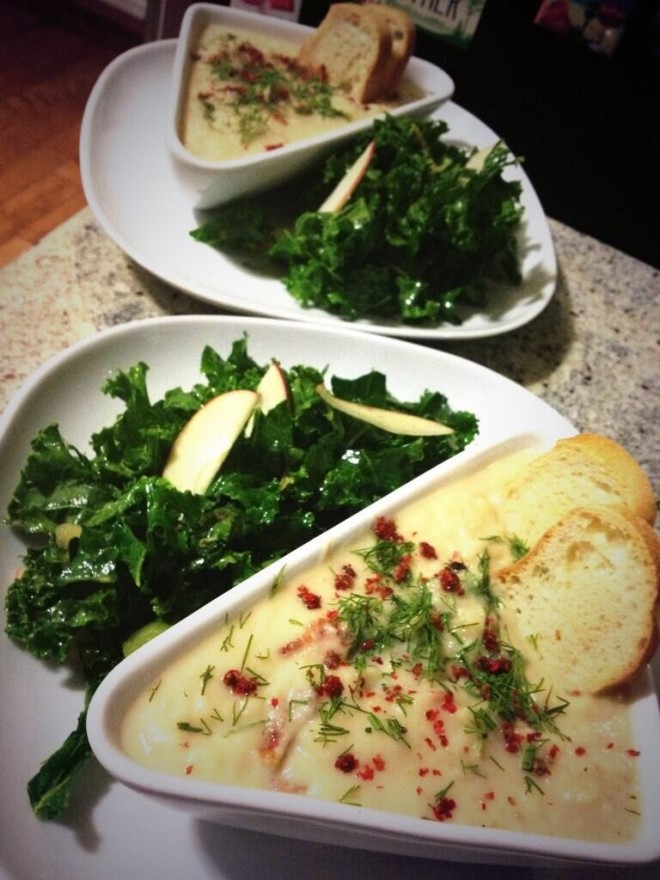 In 2013 I feel in love with celery root. I’m pretty sure I ate it in one form or another once a week for the year. If you haven’t tried it before it is very versatile, it can be eaten raw or cooked and pairs well with so many foods. I found a recipe similar to the one below on the epicurious this week. I have made Heather modifications below, I hope you enjoy it as much as I did! 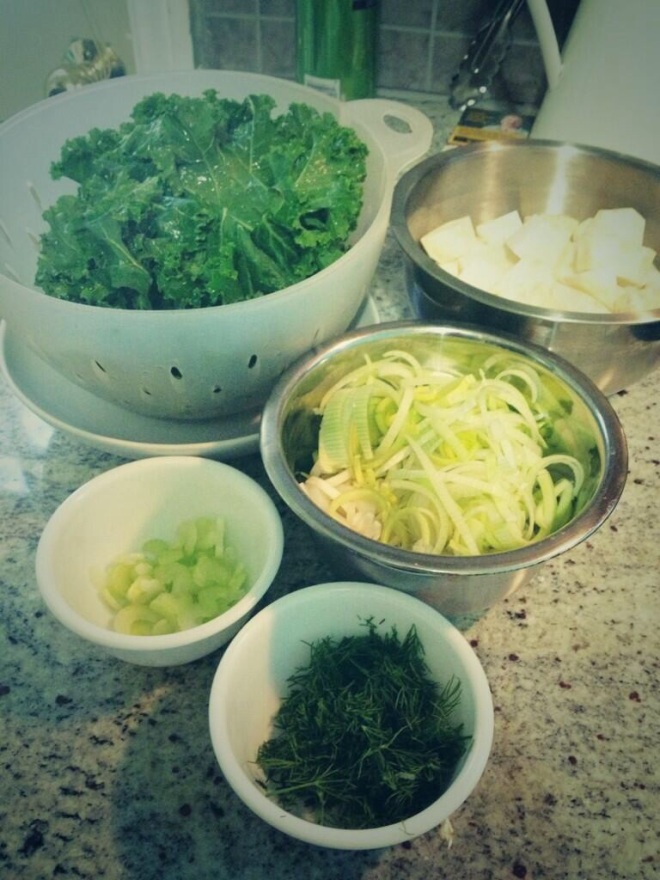 Halve leeks lengthwise, then coarsely chop. Wash leeks in a bowl of cold water, agitating them, then lift out onto paper towels and pat dry.

Cook bacon in a 4-quart heavy pot over moderate heat, turning occasionally, until crisp, 6 to 8 minutes. Transfer to paper towels.

Pour off all but 2 teaspoons fat from pot, then add oil and cook leeks over moderate heat, stirring occasionally, until softened, about 6 minutes. Add celery root and cook, stirring, 2 minutes. Add 1/2 apple cut into cubes (that you have peeled). Add broth and bring to a boil, then reduce heat and simmer, uncovered, until celery root is very tender, 35 to 40 minutes.

Purée soup in batches in a blender until smooth (use caution when blending hot liquids), transferring to a bowl. Return soup to cleaned pot. (If soup is too thick, thin with 1/2 to 3/4 cup water.) Stir in salt, pepper, dill and half-and-half and cook over moderately low heat, stirring occasionally, until warm. Season with salt, then divide among 4 bowls and top with apple-dill mixture and coarsely crumbled bacon.

This site uses Akismet to reduce spam. Learn how your comment data is processed.